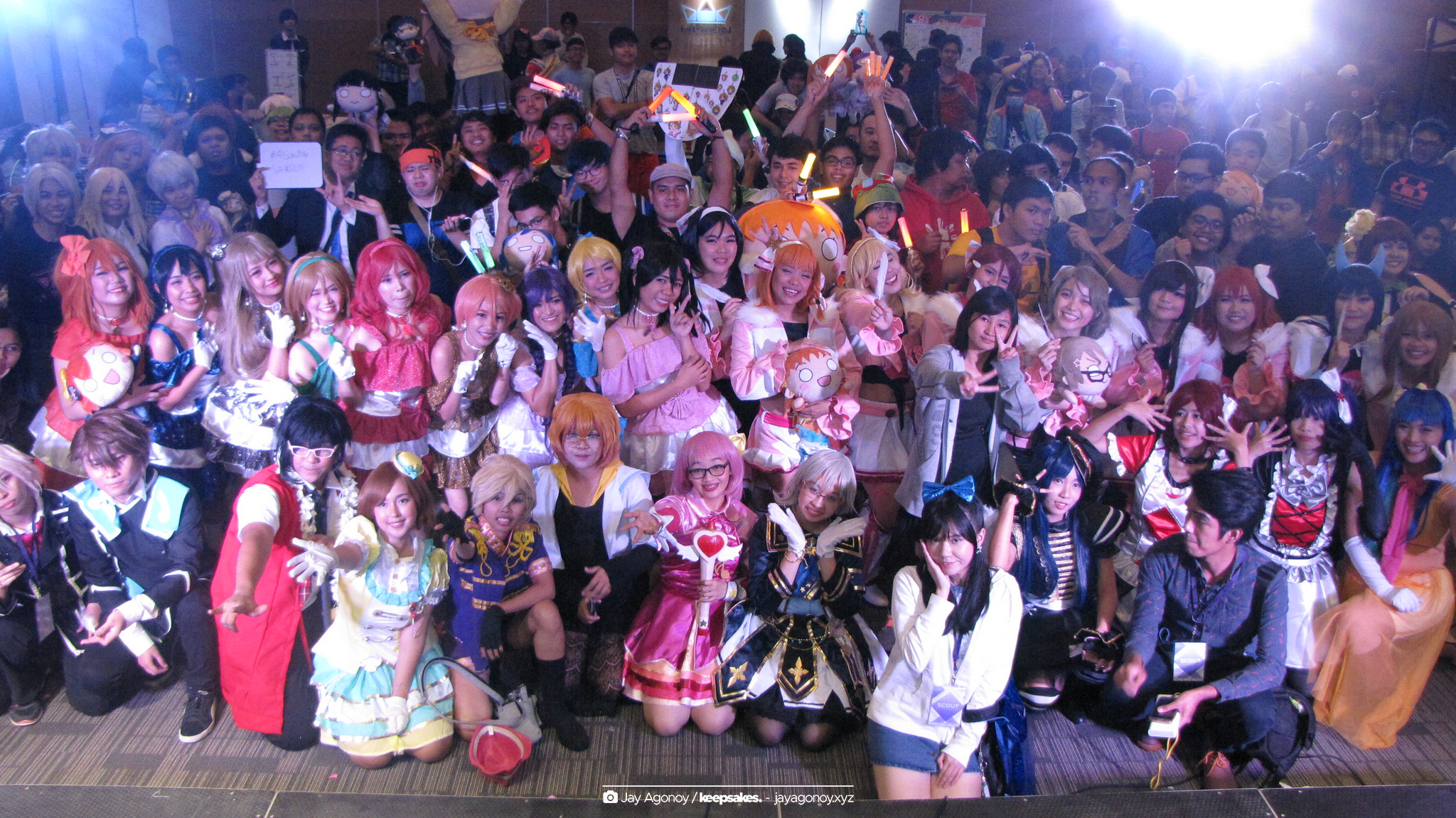 How Anime Idols kept me alive and passionate

Yes, you saw it right. Actually, for anime fans my age, it’s not that rare to see this comment.

I wrote this piece last year for the Anime Idol Convention 2020 which will be held a week from now (we’re one of its media partners), and I’m happy to share with you my experience being in the anime idol community. Over this post, I’ll share photos from last year’s event.

There are a LOT of anime idol franchises these days, and they are dominated by THE [email protected], LoveLive!, BanG Dream!, among others in the male demographic.

On the other hand, the female demographic currently enjoys franchises such as Hypnosis Mic: Division Rap Battle, IDOLISH7 Uta no Prince-sama and the like.

I can’t cover all franchises in this essay, but I’m going to tell you my journey as an anime idol fan and how they keep me alive and passionate.

My first encounter with anime idols was with LoveLive!, but as with any other fan, I shunned it at first glance. I thought LoveLive! was not my cup of tea, but then I tried to watch the second season. The catchy songs got me hooked, and the rest is history.

After watching LoveLive!, I watched [email protected], the cute, petit version of THE [email protected] As the episodes are around two minutes, I spent most of the time looking at the idols and their cute selves.

Spending enough time with [email protected] encouraged me to watch the original 2011 anime series which got me so attached to the franchise. I am also interested in knowing the voices behind the characters, which led me to an internet rabbit hole of sorts.

After watching both LoveLive! and [email protected], I watched Wake up, Girls!. By this time, I am being made aware of the issues concerning Japan’s biggest music group AKB48, so I decided to watch. While this was a project aimed to support a city, the series went on to have its own mark until the group disbands last year.

I also watched THE [email protected] Cinderella Girls and even the Movie Kagayaki no Mukōgawa e! as soon as I got my copy. Soon enough, I found myself acquainted with fellow Producers or Ps, as [email protected] fans call themselves.

Even with anime casuals like me who have not yet played a single [email protected] game, I am still welcomed. That makes them a great bunch to hang out with.

If you ask me, I suggest you focus on Chihaya Kisaragi, the blue bird songstress of the series, and her hits “Nemurihime” and “Yakusoku.”

We idol fans are also given the opportunity to watch delayed recordings of concerts where the voices act as their characters. The first opportunity was when µ’s held their “Final Love Live!.”

It was at this time that fellow anime idol fans gathered not at the convention hall, but inside the theater, to express their love of their idols. “Snow Halation,” “Bokutachi wa Hitotsu no Hikari” and “START:DASH!!” are performed on stage, and we went wild.

Lightsticks were swung, Ultra Orange (UO) Cyalume lights have been broken, chants have been called, and everybody had their own share of fun… except that the idols have to turn a new leaf and pass the torch to the next generation.

Sunshine!! and how it molded the community further

Enter LoveLive! Sunshine!!. Like the first LoveLive! franchise, Sunshine!! and its lead Aqours (say “Aqua”) were doubted at first. Will they be able to succeed µ’s? Two seasons, a movie, and many live concerts after, I am sure to say that they did surpass them.

I have a lot of songs from Aqours in mind, but the ones that stuck with me the most are “Step! ZERO to ONE,” “Mijuku DREAMER,” and “Koi ni Naritai AQUARIUM.” AQUARIUM, when chanted right, makes a great anime idol live experience.

The series’ second group Saint Snow is a bigshot too, winning my heart with their powerful songs. “SELF CONTROL” and “Believe Again” are among their hit tracks.

In my eyes, while µ’s is more of a happy bunch, Aqours gave a more human tone to the franchise in both the anime and the concerts.

Of course, their journey isn’t forever, and the attention will then be focused on the next generation – Nijigasaki High School Idol Club. This current generation has already sparked a discussion with its in-game storyline and is expected to have its own anime series soon.

Despite all of this, there has been no mention of “disbandment” or “retirement,” and we only realized this when the three groups are announced to get together in a mega-concert 9 years after the project’s inception.

If I recall correctly, during these years we already saw the groups Aquarius in Manila, Aquastaria in Cebu, and there’s even a cover group in Indonesia called Equorz. All of these groups are inspired by Aqours.

It was during Aqours’ time that the community saw a relationship blossom. You probably know this already, but this couple I’m mentioning will be having a baby soon.

To think that Anju Inami (as Chika Takami, Aqours’ leader) is looking up to Emi Nitta (as µ’s Honoka Kousaka) as her idol and senior, it’s safe to say that we’ve come a long way.

Let’s not forget Dream Catchers and Seishun Kakumei with their µ’s dance covers. There might have been other groups out there, but these are the ones I had in mind. (Eventually, I’ll recognize Seishun Kakumei more with their iRis Propaganda.)

Next on my list is BanG Dream!. As I understood it, the concept was inspired by Aimi when she was performing as Julia of 765PRO All-Stars at [email protected] OF THE IDOL WORLD 2014. With a guitar in tow, she belted out one of her songs which led Bushiroad’s Tadaaki Kidani to conceive the project.

BanG Dream! has its own share of great moments, especially with Poppin’ Party taking the lead and Roselia being the best band despite the change in voice actors.

In our community exists a band called Lunar Rhythm, and among their influences is both BanG Dream! and LoveLive!.

I do have some honorable mentions such as:

My anime idol information comes from the numerous fan-translated pieces I have read online as well as news from trusted websites. Growing up, I thank them for their service.

These articles available online helped me to appreciate the people working behind the idol groups and its set of characters – the actors, song composers, storytellers and the like.

To cap this off, anime idols kept me entertained and inspired at times, helped me to understand the local anime community more, got me introduced to fan chants which led me to expose myself to wotagei and chika idols, hooked me so much in my seiyuu fan interest deeper, and led me to meeting more folks of different strokes.

It’s been a decade or so after I got deep into the anime fandom, and I’m glad that anime idols helped me become who I am today.

If there’s one thing I want you to learn from this essay is that you can find an anime idol group that suits your taste, help you meet new friends and improve your social skills.

See you at AICon 2020 on Sunday, March 8 at Unilab Bayanihan Center in Pasig City.

By the way, I wrote a quick recap of local idols in 2019 and I hope you read it already.