Team Class S of Cebu bested 4 other teams to become the representative of the country for the World Cosplay Summit in Japan held at TOYCON 2019 Pop Life FanXperience inside Hall 3 of SMX Convention Center Manila, Mall of Asia Complex in Pasay City last Sunday, June 30th. This marks the first time a Cebuano team will represent the country to the WCS.

Prior to representing the country, Class S is an award-winning team, bagging titles from competitions such as Cosplay Mania’s Ultimate Cosplay Championship (UCC) in which they got the Grand Champion title for two years in a row. In 2017, they passed the UCC leg in Bacolod City.

The winning team will be participating in WCS activities such as the WCS in Tokyo event to be held at Tokyo Dome City from July 27 to 28 from 10am to 8pm Japan time.

After their Tokyo event, they will proceed to Nagoya for the main Summit activities including the Osu Cosplay Parade and the World Cosplay Championship consisting of a Nagoya Round (August 3, Saturday) and the Finals (August 4, Sunday).

What is the World Cosplay Summit (WCS)?

The number of participating countries/regions from all over the world has been increasing, with 42 countries/regions involved. It has grown into an event with 300,000 participants.” (Quoted text is taken from the World Cosplay Summit Website)

It has also established an online service, Cosplayers.Global, to feature cosplayers from around the world and serve as a platform for WCS-related contests, including the ongoing One Piece Cosplay Grand Prix in partnership with its publisher Shueisha as part of the 20th Anniversary of its first anime broadcast.

Curious about the World Cosplay Summit in the Philippines?

The World Cosplay Summit in the Philippines is handled by a committee formed by two organizations: Anime Alliance Philippines (based in Manila) and Ambox Events (based in Davao). Official updates are posted on Facebook.

keepsakes. post stories and opinion on the developments of the World Cosplay Summit in the country, and is advocating the Summit as a gateway for the country’s cosplay community to be recognized in the world. 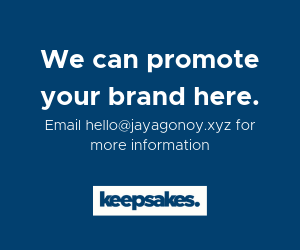